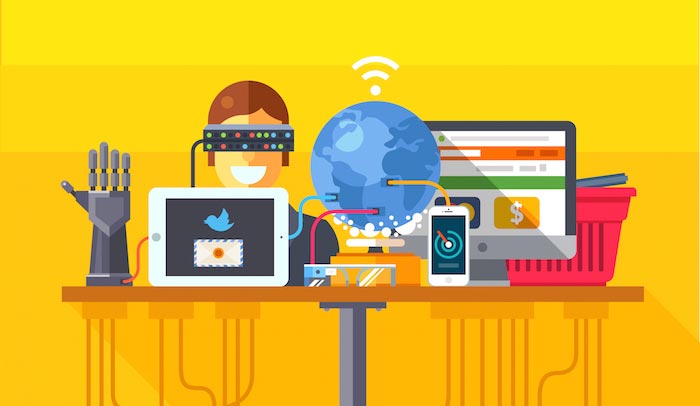 Virtual reality, the possibility of fully immersing yourself in a world of possibility through the use of some pretty impressive spectacles, that I can’t even pretend to understand, is on the rise. The price is still prohibitive, and the technology is still primitive compared to what we will probably be seeing in 10 years, but there is no doubt that any brand with a stake in the future (Facebook, Google, Samsung etc) is investing heavily in virtual reality. This is the technology that is being made by today’s engineers for tomorrow’s consumers.

So beyond offering us the opportunity to feel as if we are sunning ourselves on a beach in Majorca, whilst in reality we are watching the cast of Love Island do so (not that I would watch such an obviously formulaic reality TV show), virtual reality is all set to take over the future of marketing.

In fact, it is already being used, albeit tentatively, and with companies whose budgets are the types that would make your eyes bulge out and flash dollar signs in a cartoon manner. Ikea recently released an interactive VR kitchen experience that allows customers to virtually remodel their kitchen and virtually have a wander around. Meanwhile, over in the States where University is big money – NYU (which costs a whooping $71, 754) sent students who had recently been accepted into the engineering program a cardboard VR device that takes them on a virtual tour of Mars. Durham didn’t even send me a sweatshirt – go figure.

But, these are just the tentative first steps. By 2020 it is estimated that 30 million headsets will be shipped globally, which means brands will really need to step up their VR game. In fact, VR is a far more dangerous game because a bad advert could quite literally cause the viewer to feel sick – so adverts will need to be slick and sophisticated. They will need to be far more thoughtfully planned and expertly executed – no more cheap and cheerful. Not only that, but because in VR consumers will have total control of the frame, the creator will need to use subtle techniques to direct the audience where to look. And more interestingly, adverts won’t be able to hitch onto trending topics because they will need more time to make, which may add an intriguing challenge for marketers.

However, these challenges will be far outweighed by the potential for brands to harness the power of VR. Some obvious examples would be a hotel offering VR of their property, a charity allowing potential donors to view, first-hand a specific cause as well as a retailer offering a customer the opportunity to try on their garments, which for someone like myself whom would rather stick warm needles in my eye than battle with London shoppers on a Sunday, is a rather enticing prospect.

Beyond the obvious, VR will also be able to monitor the reactions of consumers, evaluating their eye movements and facial expressions to view what content is the most impactful and also being able to make recommendations based on this.

So some exciting stuff to look forward to!