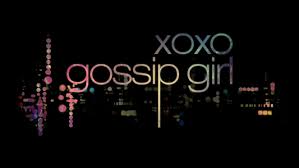 So I attend a lot of networking events, and obviously whilst they all have perfectly admirable ethoses of making friends, building contacts, peer to peer learning etc, let’s be honest we all attend these events to get more clients. That being said, whilst I don’t always relish the idea of waking up at silly o clock, particularly once the clocks goes back, I do normally enjoy myself. Particularly when there is drama, as whilst generally I embody perfection itself, I am partial to a little (a lot) of gossip here and there. So for your enjoyment and because it’s getting cold and we all need a little warmth in our lives here our my five best salacious stories from networking events.

I, at one point, attended a networking event in a pretty luxurious area of London and as a general rule I wouldn’t say it was like the most stimulating or entertaining of my regular events. However, all that changed when one individual who would be described as a “character” whatever on earth that means, got up to do her sixty seconds. Which instead of keeping even close to business related she used as an opportunity to rant about her recent ex, who it turned out had been hiding a wife, kids and a boringly stable office job as opposed to a history in the military. I feel it goes without saying I booked our 1-2-1 in shortly after.

Now, as a general rule I am often the youngest person in the room at a networking event. And depending on the room this can be anything from a year to a far more substantial length of time. This isn’t a bad thing, however it certainly made one of my networking’s group foray to Amsterdam extra special. As I learnt that age really is just a number and a number of the members stayed up past by my bedtime regaling themselves with all the joys that Amsterdam has to offer. Ooh la la indeed.

Now I do a lot of work in property, and so occasionally frequent the odd networking event targeted at that industry. And so when it turned out there was such an event happening only the down road and had a few hours to kill I thought I would pop along. What I didn’t know, but later learnt is that this particular event (which I won’t name for legal reasons) is basically known to be something of a piss up. Which meant that when I entered at 4pm; into a dark and dingy basement thick with alcohol, smoke and many many men, I felt a little out of sorts. This feeling was exacerbated intensely when it seemed to me I had also entered a time vortex as the men seemed unable to look in my eyes (if you get my drift) and were one step away from patting me on the head and telling me to be a good girl. Later on in the evening I was asked out on a date, whether this counts as a lose or a win I’m not really sure. I guess it goes without saying that I didn’t pick up any business from this event.

Now in all seriousness I really can’t get into details about these because sadly they do involve real people, families and individuals who can’t quite seem to keep it in their trousers. Needless to say I know of a few affairs within the networking world and I’m telling you right here and now that some of them have caused my hair to curl even tighter.

The good thing about networking is that you make friends. The bad thing about networking is that you make friends. And sometimes these individuals who you meet week in week out tend to overshare intimate details of their personal life far beyond what you signed up for. The lady with a passion for sexual bondage (i.e he used to be a dominatrix), the meeting where one “potential client” regaled me with the tale of her current fling and even I could tell he just wasn’t that into her. The list does really go on. Interestingly, and I suppose unsurprisingly, these people are generally the least likely to offer you business.

If you would like to learn more about my networking stories or perhaps discuss your content marketing needs feel free to give me a call on 07827 857 882 or drop me an email on helena@helenabaker.com