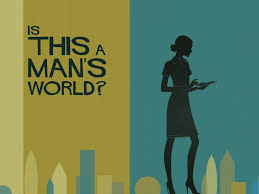 Picture the scene. The year is 2010 and I am an overenthusiastic fresher, still identifying as a full-time nerd with ambitions of joining every academic club at Durham. A University I attended after I had been rejected from Oxford. Obviously. So there I was at the auditions (or whatever the technical term for this is) at the debating club. One by one we each stood up and showed our chops. Now, I had rather assumed I would be a naturally gifted debater. Not only do I enjoy the sound of my own voice but I also speak at a rapid fire rate that leaves a number of people dumbfounded. Surely – a winning combination. Sadly, this was not the case. Whilst I have blocked out the memory of the audition itself, I do know I ended up with a group of non-native English speakers. Many of whom, were frankly more proficient than me. Signalling the end of my astoundingly short lived debating career.

This backstory is important when understanding recent events at a networking group I attended, when the facilitator, in an attempt at being purposefully incendiary and controversial, opened a debate with, “I’m sick and tired of hearing about so many women’s groups. Where are all the men’s networking groups?” At this my eyes widened and my brain pounded with shock. See the problem with me is whilst every other person is busy conjuring up a well-thought out and articulate counter argument, I’m sat in the corner slowly bubbling over – and all I can really manage is, “well you’re wrong, obviously.” Which is, perhaps, not as helpful as I would hope.

Happily, I have now had a full 5 days to process, consider and use my aptitude at writing to come up with a far more convincing and compelling argument beyond, “well you’re wrong…. obviously.” And, yet…still I’ve got nothing. My problem is that, to me, it seems self-evident that women have a harder time in the workplace. We are paid less, have to work harder to prove ourselves and are often regarded as a walking womb rather than a significant employee. And, if nothing else the recent #metoo campaign shows that this problem spreads all the way to Hollywood, where female stars are subjected to disregard and blatant misogyny as they attempt to clamber their way to the top. So clearly something is very wrong. At least it seems clear to me….

However, my far more experienced and eloquent counter debater maintained that we essentially have achieved equality. Today, there are less women at CEO level because many choose not to come back to work after having children, or take on less responsibility and therefore don’t “deserve” the title. He also proposed a counter argument that it was actually men who were much maligned as they were not even given the option of staying at home. And women were being paid less was their fault rather than that of their bosses.

So, the truth is I don’t have the proof…I’m self-employed and so can only evidence up my experience at networking which whilst generally positive, is occasionally tinged by the behaviour of men who still think they’re living in the era of “Mad Men.” However, whilst I assure you I don’t wear a corset or expect anyone to call me “sweetheart,” there are men who are still very much of that mentality. Whilst there is little doubt we have improved, we are not at the end of the road. Far from it.

In fact, when I mentioned my experiences at networking, the gentleman suggested that instead of being offended by the advances of men at networking events, I should instead embrace them (metaphorically, at least.) I should flirt back and enjoy my free drink “like a good little girl” – which he didn’t actually say, but I felt was implied. A sentiment that was echoed, astoundingly, by another woman in the group. Which, in my opinion, is where you know things have gone very wrong.

So I don’t have the answers…and I’m still not sure I have the talent to competently argue against what, frankly, I see as a ludicrous argument. However, the one thing that gives me hope is that when I was retelling this story, still incensed, to a guy my own age at a pancake party later that evening, his immediate reaction to “why are there no men’s networking’s groups?” was “because it’s a man’s world.” So I guess out of this uncomfortable episode came a glimmer of hope, that maybe times they are a changing.

If you would like to talk to me about something I am actually good at, namely writing… feel free to give me a call on 0208 629 6465 or drop me an email on helena@helenabaker.com